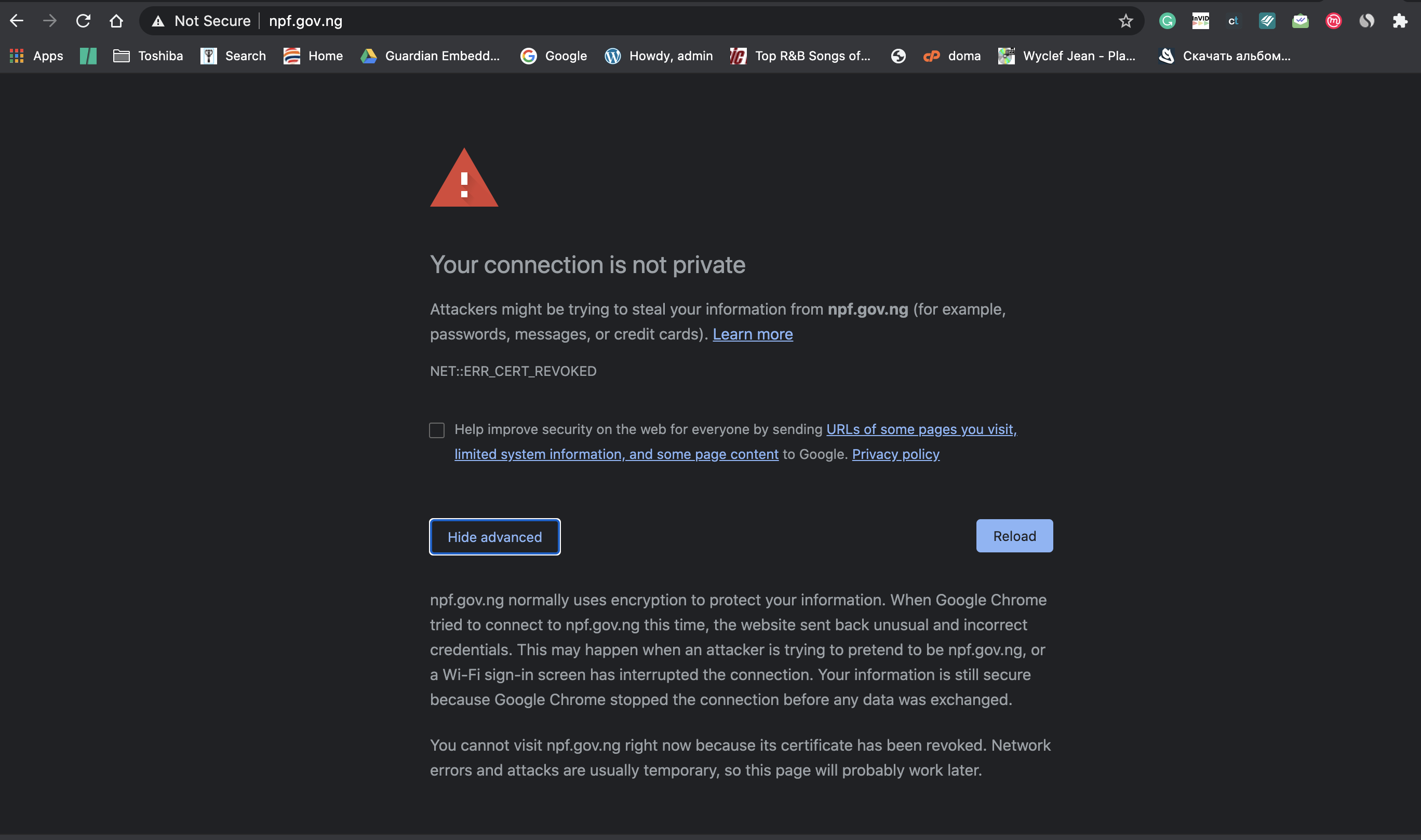 “Anonymous hacks multiple government websites in solidarity with #EndSARS protestors and retribution for violence by police,” the group tweeted late on Wednesday.

The group created a dedicated Twitter for its Nigerian operations on October 12, telling the government to “expect us”. The handle is temporarily restricted by Twitter.

Although, Anonymous did not say which websites were hacked, the Nigerian police’s website was down as at 12:21 am on Thursday.

Anger over abuses by the police’s notorious Special Anti-Robbery Squad (SARS) erupted onto the streets earlier this month, forcing the government to announce they were scrapping the unit as part of wider police reforms.

The authorities pledged a raft of measures including the release of demonstrators from custody and the setting up, within a week, of an independent body to probe violations.

The government has also acted on a demand to provide psychological evaluation and training to disbanded SARS officials prior to their re-deployment.

But frustration is running high among Nigeria’s youth who face the brunt of abuses as well as a lack of opportunities, and many insist they will keep protesting.

Several hundred people were gathered in Abuja on Wednesday when witnesses said they were attacked.

“A group of boys, maybe 30 of them, 16 to 20 years old, clearly high on drugs, arrived and started destroying our cars,” 28-year-old Esther Jonathan told AFP.

Human rights activist Aisha Yusufu said paying thugs to crack down on protestors was a known tactic in Nigeria.

“This is something they did to us before,” Yusufu told AFP. “They attacked us in 2014 under the watchful eyes of the police, and that is what they have done again in 2020.”

In Ikeja, in Lagos state, several witnesses said that men with machetes and axes attempted to attack demonstrators, but were stopped and handed over to the police.In this article: