Minister Unaware of Our Plights – ASUU 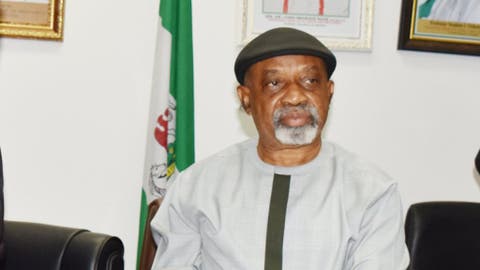 The Academic Staff Union of Universities, ASUU, has said that the Minister of Labour and Employment, Dr Chris Ngige, may not be fully aware of the issues in contention between the Union and the federal government.

Coordinator, ASUU, Owerri/Port Harcourt zone, Dr Uzo Onyebinama, who stated this in a press conference, said the Minister “in blissful ignorance”, made fictitious claims about “headstrong” lecturers in Federal Universities receiving their wages, stressing that this points out that the Ngige as a conciliator, is not fully briefed about the issues in the matter he is conciliating.

In his words: “We are not sure who on the part of the officials of the Federal Government (FG) is managing the ASUU strike with a view to resolving it and to whom they are reporting. The discordant tunes from these officials clearly indicate a free for all situation.

“Recently, on Channels TV and in the view of the whole world, the Honourable Minister of Labour and Employment, Dr Chris Ngige, in blissful ignorance, made fictitious claims about “headstrong” lecturers in Federal Universities receiving their wages. This suggests to us that the so-called “conciliator” is in very stupendous oblivion of the issues in the matter he is conciliating. The Minister should please take note that the “headstrong” Accountant General of the Federation has not paid:

Lecturers in other federal universities, according to him, are owed 3 months salaries from July – September 2020.

“That the Minister is unaware of these facts is very shocking. His primary responsibility and he should know it, is to ensure that a worker receives his wages as and when due, as a right. It is pertinent to instruct here that the Accountant General of the Federation, leading other “headstrong” officials of FG is deliberately using the wages of lecturers as a hunger weapon to coerce them into IPPIS, from where the feed fat from the 140 million dollar loan for Federal Civil Service Reforms. The conciliator ought to impress it on the Accountant General the need to clear these outstanding salaries with immediate effect.

“Having conceded to pay the oil workers through the GIFMIS platform, which he told ASUU that he has pulled down, what other excuses, can he give for this inhumanity to lecturers. Given what has transpired with the IPPIS platform, in the light of the experience of those who enrolled in it, we once again call for a forensic audit of IPPIS and its administrators. The time to act is now.”